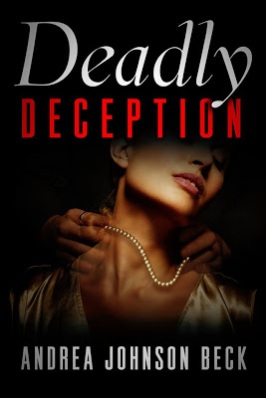 Dr. Anne Jamison, a brilliant neuropsychiatrist, is living
the concrete jungle life in Minneapolis with her fiancé, prominent attorney
Adam Whitney. But the mysterious death of Carter Leeds, her beloved former
boyfriend, still haunts her…
After three years of unanswered questions, a mysterious
package finds its way to Anne. The note inside reveals the possibility that
Carter may, in fact, be alive. Even more shocking, her very own fiancé may have
had a hand in his attempted demise. Anne doesn’t know what—or who—to believe,
and the deeper she digs, the more she is overcome by a dangerous game of cat
and mouse. But will Anne’s trust be restored—or will she be the one left
plotting revenge?

Andrea Johnson Beck is a homeschool teacher in North
Carolina, where she lives with her husband and young son. Beck vowed to write a
full-length book before her thirtieth birthday, which she accomplished just
weeks shy of her deadline. Deadly Deception is the first in her series of
contemporary romantic thrillers. She also writes monthly articles for
Homeschool Mosaics and In-Depth Genealogist.
Stay in touch with Andrea Johnson Beck through
Facebook : Goodreads : Site : Twitter