Today I’m going to be reviewing all three of the book’s in Margaret Atwood’s MaddAddam Trilogy. 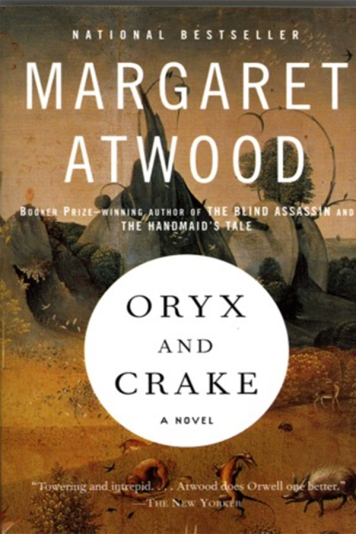 An amazing story. You don’t see the story twists and turns coming. She leads you right to the cliff, and still you don’t realize you’re going to have to jump off. Snowman, our narrator, and guide through this world has a long backstory all his own. The future you join, seems so far off, genetically modified people, glowing blue skin, and none of those hurtful feelings, but then as the story unfolds, you start to see it. You start to glimpse understanding for how the world could be this, how Snowman could possible be the last real human left. We see CorpSecorps and start to grasp the reality that could be just below the surface of this novel. Margaret Atwood is the genius of the Dystopian novel. She weaves almost truths with far out fiction to create a future we can believe, a future we can dread. The ending is inticing enough alone to allow you to wonder.. and run for the next book (If your reading them now, and not like me, reading them year or so ago) 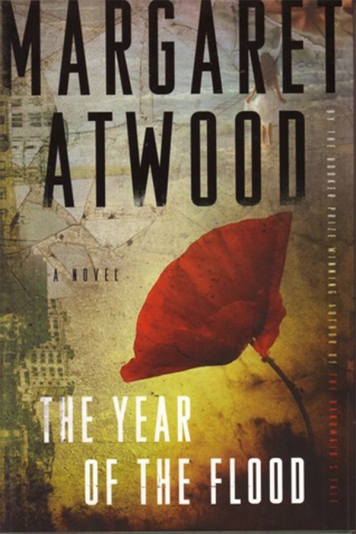 “Year of the Flood is exactly what fans of Oryx and Crake have been waiting for! A deeper dive into this world, and more stories. This story takes place in the same time as the majority of Oryx and Crake, and we see the pleeblands, outside the compound. Margaret Atwood weaves an amazing tale to encompasses all the things we loves about Oryx and Crake, and even Snowman himself and the Crakers. We meet the prisoners of this world, Painballers, who survive the incarceration by brutally killing others in the Painball arena. It’s a sport, a game, but it creates vicious, deadly criminals who roam free. The Gardeners, the peace loving followers of Adam, along with the rest of the world has been basically wiped out due to the Waterless Flood, a plague. The few who remain are either hiding out, like Toby, rebels like Zeb and the others, or stuck like Ren in the decontamination room of a sex club. Each character has their own battles to overcome. Each detail works together to flesh out this world even more. We meet characters from O&C earlier in life, seeing details we didn’t get at first, and we follow Toby and Ren, and their journey to survive in this new world, with new rules and creatures. This is a wonderful, addictive, detailed follow up to the original and leaves us eagerly awaiting the third and final part of this amazing trilogy, and dreading the end all the same! 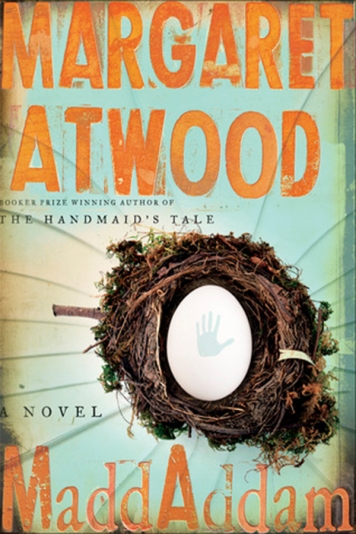 “Months after the Waterless Flood pandemic has wiped out most of humanity, Toby and Ren have rescued their friend Amanda from the vicious Painballers. They return to the MaddAddamite cob house, which is being fortified against man and giant Pigoon alike. Accompanying them are the Crakers, the gentle, quasi-human species engineered by the brilliant but deceased Crake. While their reluctant prophet, Jimmy — Crake’s one-time friend — recovers from a debilitating fever, it’s left to Toby to narrate the Craker theology, with Crake as Creator. She must also deal with cultural misunderstandings, terrible coffee, and her jealousy over her lover, Zeb.

Meanwhile, Zeb searches for Adam One, founder of the God’s Gardeners, the pacifist green religion from which Zeb broke years ago to lead the MaddAddamites in active resistance against the destructive CorpSeCorps. Now, under threat of an imminent Painballer attack, the MaddAddamites must fight back with the aid of their newfound allies, some of whom have four trotters.

At the centre, is the extraordinary story of Zeb’s past, which involves a lost brother, a hidden murder, a bear, and a bizarre act of revenge.

Combining adventure, humour, romance, superb storytelling, and an imagination that is at once dazzlingly inventive and grounded in a recognizable world, MaddAddam is vintage Margaret Atwood, and a moving and dramatic conclusion to her internationally celebrated dystopian trilogy.”

MaddAdam is exactly what the followers of this trilogy were looking for. This book ties all the ends together for us. It’s masterful, and shows how well planned out this series was! I got the ARC on Netgalley and was planning to have my review up as soon as it was released but I’m so excited to finally have all my thoughts together.

O&C really have us the basis to this story. We learn about Crake, and Jimmy and the whole world. Then we wait and wait, and finally Year of the Flood comes in and we meet more characters, the gardeners, a whole bigger world. We experience things more emotionally, it’s stronger then O&C and it hurts more too.

Finally, MaddAdam comes along, allow a final conclusion. It’s a slow beginning but it picks right up where both books left off. Picks it up and starts tying it together. Each strand has been previously addressed and now we’re hearing the stories. The stories of Zeb, the Stories of Adam, and the stories of Crake. We are finally getting all the little pieces to come to together and we start to have glimpses of what the whole picture really looks like. We’ve seen fragments, and some have been happy, others are sad, but we’ve been awaiting the full picture.

MaddAdam is similar to Year of the flood in the way it’s broken apart by stories like YotF was broken apart by the feast days in Toby’s journal. I adore the idea of the folk tales, of the Crakes learning of themselves and of their world through these tales.

Overall, this novel was wonderful, made me sob like a baby with Margaret Atwood’s amazingly emotional storytelling and reminded me why I love her books so much. This is a stratifying conclusion to the whole trilogy, and though it’s different, because it’s told by different people and in a different section of time, it still resonates clearly with both of the previous books, and keeps the story arch strong and consistent! I really loved it, and am prepared to start all over again so it doesn’t have to end.

** I was given this book through NetGalley as a reviewer. **

Margaret Atwood was born in 1939 in Ottawa and grew up in northern Ontario, Quebec, and Toronto. She received her undergraduate degree from Victoria College at the University of Toronto and her master’s degree from Radcliffe College.

Throughout her writing career, Margaret Atwood has received numerous awards and honourary degrees. She is the author of more than fifty volumes of poetry, children’s literature, fiction, and non-fiction and is perhaps best known for her novels, which include The Edible Woman (1970), The Handmaid’s Tale(1983), The Robber Bride (1994), Alias Grace (1996), and The Blind Assassin, which won the prestigious Booker Prize in 2000. Atwood’s dystopic novel, Oryx and Crake, was published in 2003. The Tent (mini-fictions) andMoral Disorder (short stories) both appeared in 2006. Her most recent volume of poetry, The Door, was published in 2007. Her non-fiction book, Payback: Debt and the Shadow Side of Wealth, part of the Massey Lecture series, appeared in 2008, and her most recent novel, The Year of the Flood, in the autumn of 2009. Ms. Atwood’s work has been published in more than forty languages, including Farsi, Japanese, Turkish, Finnish, Korean, Icelandic and Estonian. In 2004 she co-invented the Long Pen TM.