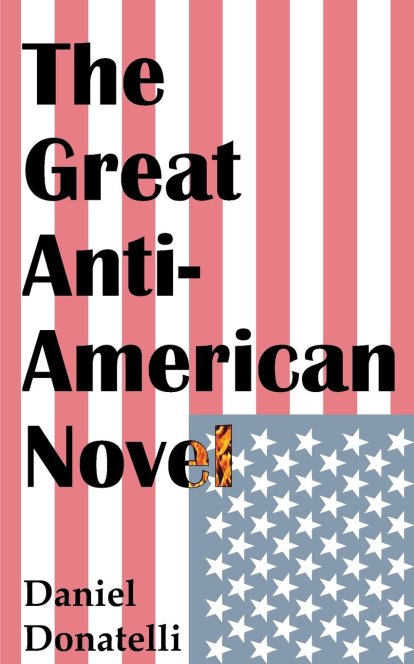 The Great Anti-American Novel is a memoir written by a confessed mass-murderer in an offshore federal detention facility. The narrator’s penetratingly satirical story centers on his small family coming together and being ripped apart by a global economic and cultural collapse that triggers a second American civil war, setting up the events that ultimately result in the Dante Thompson and his adopted sister Sylvia orchestrating and carrying out an explosive, blood-gushingly violent retribution for the tragic and untimely deaths of their heroic father and former nation.

I thought this was such an original book, it’s just got a lot of levels to it. It may not have been my first choice in a novel, mainly because I thought this really was just a memoir from a killer in a prison, and I just didn’t think I’d enjoy that too much, but as I found out it’s a fiction book, set in the memoir style, I really found it interesting. It’s a journey in a book, you really travel with the character and feel what they feel. You don’t have to share the same feelings on the topic that the characters do but you do start to see things from a slightly different angle as you go on through the book. Overall, I was interested in this book, I kept reading it, just because it was so different and not what I expected. I feel like I learned something new from reading this and am definitely better off having an open mind!

*I was given a copy of this book in exchange for an honest review.

Daniel Donatelli was born in Cleveland, Ohio, in 1981. He was an all-state baseball player in 2000, and he wrote the first draft of his first novel on winter break during his freshman year at Ohio University, where he made the baseball team and quit on the same day, having decided to defenestrate himself through the window of youthful athleticism and into the long fatal plummet of deep literature. He graduated from OU in 2004, moved to Los Angeles, made a bunch of money doing corporate QA garbage, and in 2010 he moved back to Ohio and co-founded H.H.B. Publishing, LLC, and released his first two novels. Mr. Donatelli is an unabashed bibliophile, and he currently lives in his thoughts.