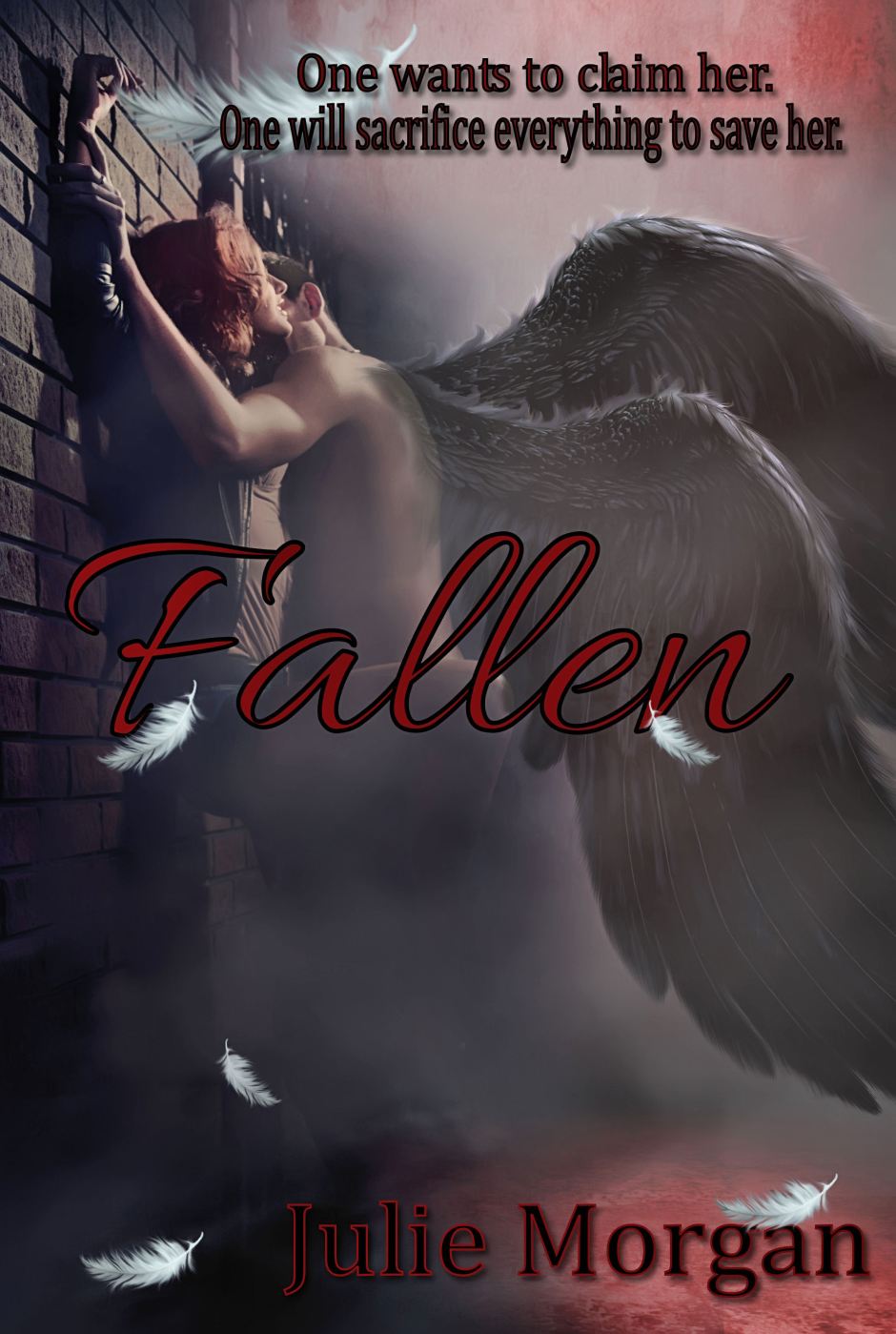 Lisa Adams wants what every other woman wants: The perfect job. The perfect home. The perfect guy. When she receives the opportunity of a lifetime, Lisa has no idea what she’s actually signed up for. Her boss, who is tall, dark and incredibly sexy, starts making advances towards her and she’s having a hard time telling him no. Lisa begins seeing things that are scaring the Hell out of her. Nightmares are leaving her frightened.

Then there’s this new guy that’s come into her life. He brings a new light into the darkness that threatens to claim Lisa. He’s mysterious, heartwarming and kind. Not to mention the most beautiful man she’s ever met. But something with him seems to be off.

Faced with love, seduction, sacrifice and deceit, Lisa will find herself being pulled in two directions; one pursues her to claim her soul and the other will sacrifice everything to save her.

One of the stalls opens up and Lisa ventures forward. “Finally.” Stepping inside and closing the door, she thinks of the red eyes she thought she saw. “Maybe I didn’t see anything,” she whispers to herself.

As she’s using the toilet, the girls inside the bathroom quickly begin to leave. The sound of the music fades in and out a few times before Lisa is left alone. Finishing up, she raises a foot to flush the toilet.

Then she smells something that makes her wrinkle her nose. It smells like…sulfur? It reminds her of the sulfur springs in Glenwood Springs, Colorado. Hearing a growl, Lisa freezes and her heart skips a beat. The pungent sulfur smell grows stronger and she hears the growl again but, this time, it’s deeper and closer. Panicking, she stands there frozen, unsure of what to do.

Lisa peeks through the crack between the stall door and the lock. On the other side, something steps away from the wall. The image resembles a human-shaped bubble, but the clear substance begins to solidify. The figure starts to shift into a tall, hooded man. She gasps and holds her breath. She can feel her heart beating so hard, it’s flooding her ears. The hood is pulled down far enough to cover his features, providing a shadow over his face. He snarls as he stretches his arms out, cracking his neck.

Feeling a force like a wind blow through the bathroom, the first stall door slams open. His low voice growls, “Come out, come out, wherever you are. I know you are in here.” He sniffs the air, then snarls, “I can smell you.” Lisa gasps. His voice is dark, sadistic. Growls and struggled breathing fill the air. If fear were a language, he was the creator.

Lisa begins to shake. Not knowing what else to do, she pulls the pumps off of her feet, then steps on the toilet seat to hide herself. Looking up, she sees a vent in the next stall. That probably wouldn’t help her escape. Looking back down, her heart begins beating faster as panic rises in her chest.

She feels the force of wind again as the next stall slams open. Tears begin to form in her eyes. Swiping at them, Lisa dares to peek over the top of the stall to see a black hood covering the man’s head. He’s tall and carries a thick build. His skin is tan, and his toned chest is thick with muscles and dark chest hair. “Lisa…” he hisses, as a serpent’s tongue slips through his lips, tasting her presence in the air. “I know you’re in here. Come on out.” He chuckles darkly, the sound low and almost hypnotic. “Let’s play.”

What a interesting paranormal romance! This book started out slow for me. Might be a personal thing, but it didn’t grab me right off the bat. I was pulled in once things got going and I’m completely glad for that! This is a fantastic book, and I am only on the four star, and teetering really close to five, because I like books to grab me right away. Personal preference. This a paranormal novel, it’s got a lot more going on under the surface. Yes, Lisa works at a PR firm, and she’s good at what she does, and her hott boss is hitting on her. We’ve seen that story, but what Morgan does differently in this book is introduce the supernatural elements. That’s what makes this book different then all the others! This is a battle of heaven and hell, and Lisa signed herself on to the wrong side. Alex, the wonderful sweet counterpart to the evil boss, is going to fight for Lisa no matter what it takes. This was a good story, once I got into it, it kept me reading, and I was engaged. I don’t usually read romances, unless they are paranormal, but this was pretty good. The sex scenes were quite steamy for those of you who look for that in a read, you will not be disappointed. Overall, this is a great read! Don’t miss this! Big things coming for Julie Morgan! 🙂

*I was given a copy of this book in exchange for an honest review.

After graduation she spent time in PR firms building her career, where she landed in Elite PR & Marketing. As a child she wanted to be a rockette, then a super star singer. Realizing she couldn’t carry a tune, she thought it would be fun to go into acting. That is when she discovered public relations and she’s never looked back.

She had her first boyfriend at age 14. Her first love at 18 when she started college. She unfortunately found him cheating on her with her “best friend”. This is when she met Jill. Jill was in the dorm where she found her “ex” boyfriend. Jill took her out for drinks and the two instantly connected

Alex is his human name. Selaphiel was born a man before he became an angel. He was the profit to Elijah. Once he passed on and was accepted into Heaven, Selaphiel became the angel of prayer, eventually becoming the Archangel Selaphiel. He helps people connect to God through prayer, giving them the focus they need to block out distractions and concentrate on praying. Selaphiel motivates people to express their deepest thoughts and feelings to God in prayer, and to listen carefully for God’s responses. In art, Selaphiel is usually depicted in one of two ways. Icons of Selaphiel from the Eastern Orthodox Church show him looking downward with his hands crossed over his chest — an expression of both the humility and concentration that he encourages people to have when praying to God. Catholic art usually shows Selaphiel holding a water container and two fish, which represents God’s provision through prayer. Typically is aura is red.

Hailing from Texas and growing up in the country with big tractors and bon fire parties, Julie would day dream about far off lands, hoping to one day get inside their worlds.

Always having a love of books and paranormal stories, Julie finally took the leap to begin writing with encouragement from her family. Having worked in IT her entire career, Julie now spends her free time writing. Living in Central Florida with her husband and daughter, her favorite pastime is reading children’s stories to her daughter, especially those around animals.