***Review has been done in conjunction with Nerd Girl Official. For more information regarding our reviews please visit our Fansite: www.facebook.com/NerdGirl.ng *** 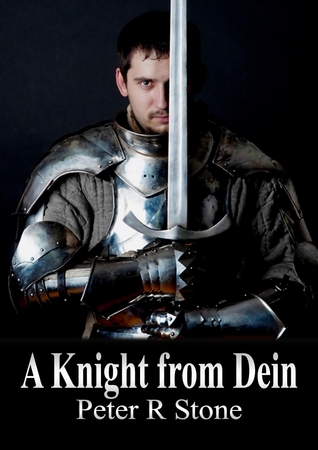 A Knight From Dein

Sir Carl Hardcourt, a merchant-knight from Dein, must make a difficult decision. Will he fulfil his obligation to build his father’s commercial empire and forsake his chance for courtly love? Or will he heed the call of chivalry and offer his sword to the King of Tenham, who is making a brave yet futile stand against the invincible hordes of grey-skinned, humanoid amalehqs, lead by their brutal king?

I love fantasy books, so I thought I’d give this book a try but I didn’t realize how much war strategy was going to be in this book. That’s the reason for four stars for me, it was a lot, and it was detailed and I felt it slowed down the pace of the book. If you are a fan of army novels, troop movement, planning, then don’t be discouraged by my rating, I bet you’ll love this book. It’s well written, it just didn’t have the fast pacing I enjoy in my fantasy novels. I don’t mind fight scenes, but the ins and outs of planning is something I’m less interested in. Overall, it’s a lovely story, and a side note, it’s Christian fiction, it’s done well like some of the other Christian fiction out there, and it’s not really a big point of the book, but it’s one of those books you can feel comfortable reading and knowing it won’t disagree with your faith. It’s a great read though, it’s set on another planet, and it’s got quite a bit of action. The characters are well created, and the world is lush and detailed. It’s another world, where rabbits and foxes play together instead of hunt each other, so it’s got the elements of a different world which work well in fantasy novels. The level of emotion in this novel is also something to be mentioned. The author did a great job including the emotional level to this story, which a lot of fantasy writers tend to leave out in order to make it seem more tough, but I think it really allows for a good story when you experience the weakness in your characters. This is a wonderful book. Take a chance on it like I did. I didn’t regret reading it, and as I said, my only hindrance was the detail in battle and such. That is something that doesn’t appeal to me personally, but overall, Stone has created a great epic fantasy novel here.

*I  was given a copy of this book in exchange for an honest review.

Peter Stone graduated from Melbourne School of Ministries Bible College in 1988. He has been a Sunday School teacher and church keyboard player for over twenty-five years. He has an international marriage and two children.

He has worked in the same games company for twenty-six years, but still does not comprehend why they expect him to work all day instead of playing games.

Peter dreams of becoming a writer when he grows up. However, he has serious reservations that either of these events will ever come to pass.

Peter, an avid student of history, still mourns the untimely passing of King Leonidas of Sparta, and Field Marshal Michel Ney of France