I’m been a dedicated follower in the cult of Crow for about 6 months now, maybe more. I lose track, but after the day I begged the author to review The Risen Dawning, I was hooked. I have been there for each cover, each blurb, the sales, and the new ideas, and this new book series is a new venture for Marie F Crow, and I’m so excited to show it off and support it! 🙂

If you ask the author when she decided to write a YA series, she’d probably tell you it had to do with the small children in her household, and I promise, they are geniuses, because I am beyond excited to see what Marie F Crow can offer to the Young Adult genre. She’s known for her strong women, and that is something we don’t have enough of in the young adult lit these days, and as long as she can tame her wild language, I can assure you, this book will be a *splash*.. get it… siren.. splash? Ok, never mind!

Verona has lived in the safety and bliss of palace and the luxury of what being a siren means. Content to live her life in the shadows of her beautiful mother, Ostila, and the enchanting dark beauty of her aunt, Morlena, Verona never thought about what life would be like should they be taken from her. At her mother’s coronation, these once impossible thoughts become shockingly real.

Corander has lived his life in the shadows of his father, Kurt. As the head of the Empradar bloodline, Kurt holds no mercy for those who fail him and even less for those he distrusts. When the palace falls to madness. It will be Corander who is tested by his father’s desires and torn by his own.

Together Corander and Verona must discover who they really are, and who they are truly meant to become, before all is lost to hidden plots and crowns of betrayal. 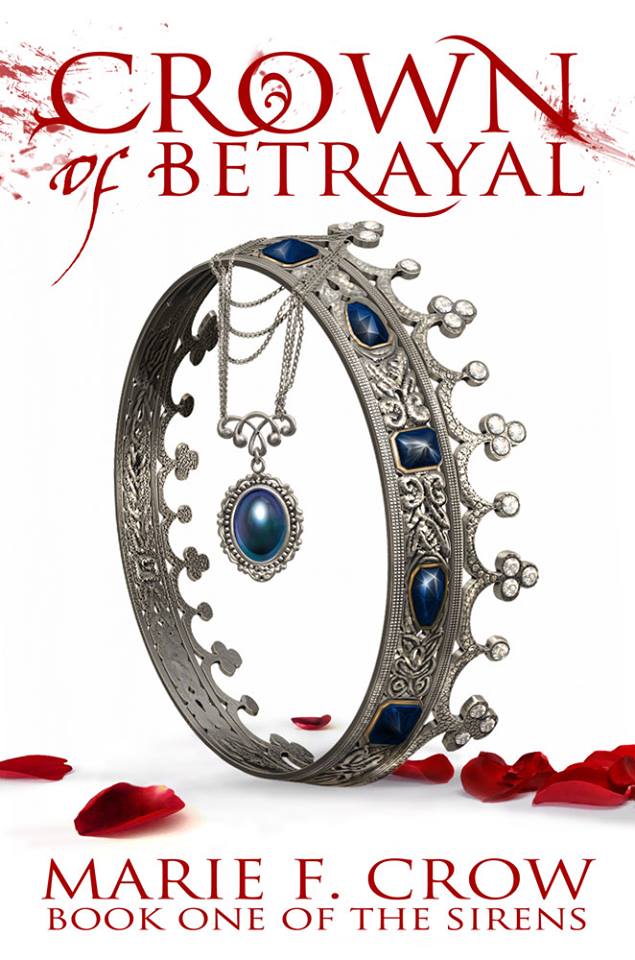 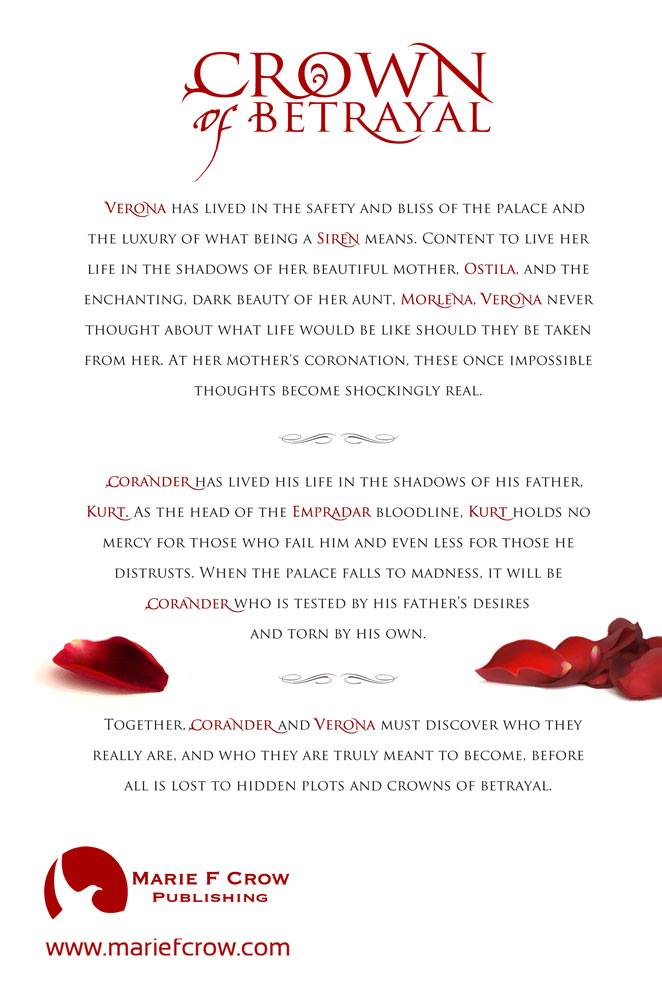 Aren’t you just in love with these?! I think this cover has to be one of my favorite covers their artist has done yet! You can see the others in the header at the top of the page. He’s incredibly talents. Marie F Crow Publishing is building an impressive team, and with this new YA release looming, I am excited to see where they go!

Keep your eyes peeled for the release day announcement in May!

Marie F Crow is the author of the post-apocalyptic series, The Risen. She weaves her stories around the human element of the horror verses the “monsters” themselves. She believes that the real horror of life does not come from the expected, but from the unexpected responses of human nature and what depths of trauma a person has to survive in certain situations. She began writing The Risen series when feeling that the popular genre was slipping too deep into the realm of pure “slasher” and forgetting what the horror of zombies can mean for a story.

Now with her children’s series launched, Marie hopes to use her favorite “monster” as a teaching tool to inspire children to understand that not everything that looks scary, is scary. With Abigail and Her Pet Zombie series, Marie hopes to further spread her love for all things “that go bump in the night” with small children showing them that it’s okay to be different and to embrace those same differences in those around them.

Many projects in the works this year. Marie F Crow Publishing will debut two new series: The Sirens & Blood Cravings.