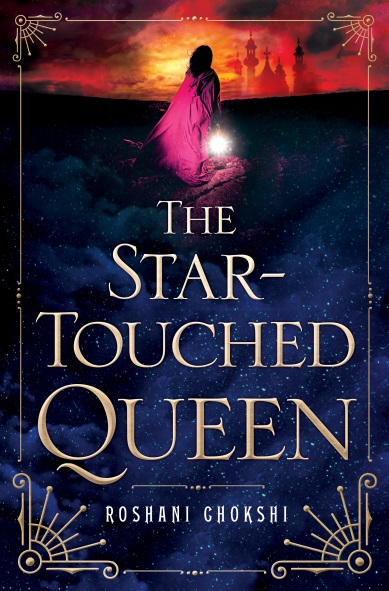 THE STAR-TOUCHED QUEEN (St. Martin’s Griffin; April 26, 2016) is a lush and vivid standalone debut young adult fantasy that seamlessly weaves the Greek myth of Hades and Persephone with Indian folklore.  Featuring a smart, independent anti-princess who must take her place as queen and a forbidden romance that defies the odds, debut author Roshani Chokshi pairs beautiful writing with a thrilling pace and compulsive plot, using her own Filipino and Indian heritage to create a culturally diverse and vividly imagined world.

Fate and fortune. Power and passion. What does it take to be the queen of a kingdom when you’re only seventeen?

Maya is cursed. With a horoscope that promises a marriage of Death and Destruction, she has earned only the scorn and fear of her father’s kingdom. Content to follow more scholarly pursuits, her whole world is torn apart when her father, the Raja, arranges a wedding of political convenience to quell outside rebellions. Soon Maya becomes the queen of Akaran and wife of Amar. Neither roles are what she expected: As Akaran’s queen, she finds her voice and power. As Amar’s wife, she finds something else entirely: Compassion. Protection. Desire…

But Akaran has its own secrets — thousands of locked doors, gardens of glass, and a tree that bears memories instead of fruit. Soon, Maya suspects her life is in danger. Yet who, besides her husband, can she trust? With the fate of the human and Otherworldly realms hanging in the balance, Maya must unravel an ancient mystery that spans reincarnated lives to save those she loves the most. . .including herself.

From an incredibly fresh voice, Roshani Chokski’s THE STAR-TOUCHED QUEEN is a beautifully written standalone novel that will enchant young adult and fantasy readers until the last page. 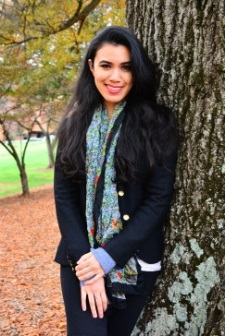 Roshani Chokshi comes from a small town in Georgia where she collected a Southern accent, but does not use it unless under duress. She grew up in a blue house with a perpetually napping bear-dog. At Emory University, she dabbled with journalism, attended some classes in pajamas, forgot to buy winter boots and majored in 14th century British literature. She spent a year after graduation working and traveling and writing. After that, she started law school at the University of Georgia where she’s learning a new kind of storytelling.  More information on the author can be found atwww.roshanichokshi.com.

Fantastic! This book was LUSH with magic. It flowed from the pages and influenced my everyday life. So often people mention books that will NOT leave you alone, and I felt that way about this book… it stuck in my head, demanding that I put all other things off and finish reading it.

The story was wonderfully well written, and the characters are so dyamic, who doesn’t want to escape what they think is their fate? This book made me want to run away and have beautiful adventures in forigen lands. The romance was well done, believable, and I really loved how it all come together in the end. I am sad to see that this ISN’T a series, because this author’s writing is too beautiful to not continue in this world!

A few things I adored:

For this book, the cover got me. Between the gorgeous cover, and an endorsement from Sarah J Maas who I love, I knew I had to get my hands on this book, and luckily, NetGalley & the publisher allowed me to read it early!

Highly recommend for fantasy lovers and even those who just generally like YA. I think you’ll be pleasantly surprised. 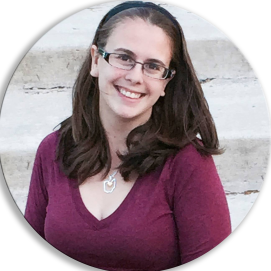