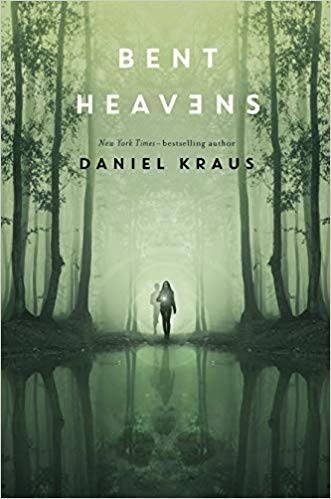 Liv Fleming’s father went missing more than two years ago, not long after he claimed to have been abducted by aliens. Liv has long accepted that he’s dead, though that doesn’t mean she has given up their traditions. Every Sunday, she and her lifelong friend Doug Monk trudge through the woods to check the traps Lee left behind, traps he set to catch the aliens he so desperately believed were after him.

But Liv is done with childhood fantasies. Done pretending she believes her father’s absurd theories. Done going through the motions for Doug’s sake. However, on the very day she chooses to destroy the traps, she discovers in one of them a creature so inhuman it can only be one thing. In that moment, she’s faced with a painful realization: her dad was telling the truth. And no one believed him.

Now, she and Doug have a choice to make. They can turn the alien over to the authorities…or they can take matters into their own hands.

On the heels of the worldwide success of The Shape of Water, Daniel Kraus returns with a horrifying and heartbreaking thriller about the lengths people go to find justice and the painful reality of grief.

This author caught my eye because I have “Shape of Water” book on my TBR, and I loved the movie so when I got a chance to read this, I was all in. It looks like a murder mystery, but then we get the added Alien element which at first I wasn’t sure about because I’m all for thrillers, but sometimes heavy sci-fi can throw me off.I enjoyed the levels of government conspiracy, and I will say the violence in this book didn’t bother me, probably because I’m used to adult horror and they don’t shy away from it, but for a YA book, some people might want a heads up of violence and one sex scene. I felt the twists did make up for the slightly slow pacing at the beginning, but I finished the last half very quickly because I was invested at that point.

If you’re a fan of twisted thrillers, aliens, and government cover-ups, this is a good choice. Kraus’s debut into YA is twisted and interesting, and I would definitely read more by him.

***Review has been done in conjunction with Nerd Girl Official. For more information regarding our reviews please visit our Fan Site: www.facebook.com/NerdGirl.NG***