Currently I read this book, as a reviewer for, Julies Book Review. It’s a sexy comedy, set in the far off future, where daily life is a lot different! 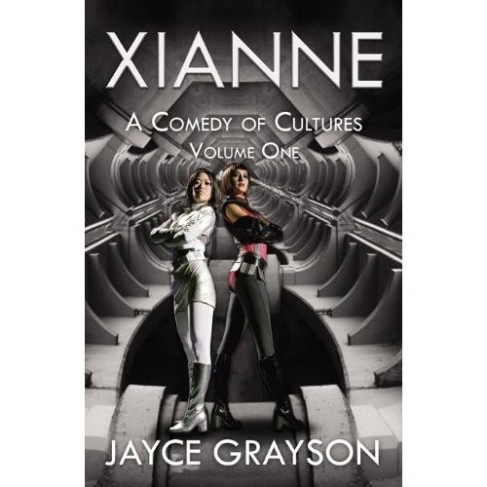 Xianne: A Comedy of Cultures Vol. 1 is a strange, strange escape from our modern day world. Nothing could be further then where this book takes us. A fascinating, expensive spaceship has just docked at the space station, and Jim, our main character, plans to join the crew of this ship, captained by the mysterious, illusive Tom Duncan. He plans to see the solar system and learn a bit more. Unfortunately, Jim is the only member of the Xianne who is here for that reason only.

The whole comedy is sexually charged, and quite over the top. It’s funny, sexy and a definite comment on society today. It’s freeing, a definite change from our current society, in some ways for the better, and some for the worse depending on your school of thought. Jayce Grayson has a witty writing style, a great grasp of comedic timing, a completely dirty mind. Those have come together to create a novel with just the right mix of humor, sex, and satire.

I will definitely be looking into Volume 2, just to see how Jim fares in this crazy world!

Check out Xianne: A Comedy of Cultures: Volume One on Amazon, Goodreads, and on Facebook.

Four out of Five Stars

*I was given a reader copy in exchange for an honest review!