I love King Hall, I’d shout it from the monutians, if I could, and I really can, living in Colorado. 🙂
Today is the day! King Hall is released! Huzzah!!
Please check out some info here and find out more. She’s an amazing author and an awesome person, and she deserves our support! 🙂 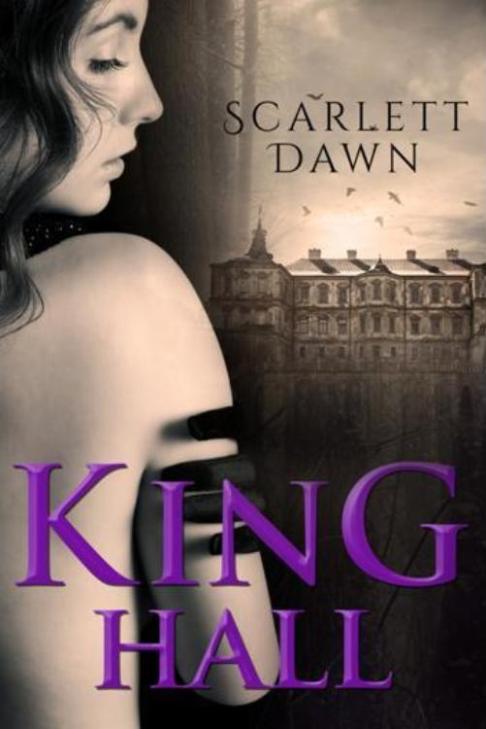 Blurb:
A fresh, meaty, sink-your-teeth-in-and-hold-on-tight new adult fantasy series kicks off with King Hall…King Hall — where the Mysticals go to learn their craft, get their degrees, and transition into adulthood. And where four new Rulers will rise and meet their destinies.

Lily Ruckler is adept at one thing:  survival.  Born a Mystical hybrid, her mere existence is forbidden, but her nightmare is only about to start. Fluke, happenstance, and a deep personal loss finds Lily deeply entrenched with those who would destroy her simply for existing — The Mystical Kings.  Being named future Queen of the Shifters shoves Lily into the spotlight, making her one of the most visible Mysticals in the world. But with risk comes a certain solace — her burgeoning friendships with the other three Prodigies: a wicked Vampire, a wild-child Mage, and a playboy Elemental. Backed by their faith and trust, Lily begins to relax into her new life.

Then chaos erupts as the fragile peace between Commoners and Mysticals is broken, and suddenly Lily realises the greatest threat was never from within, and her fear takes on a new name: the Revolution.

Bio:
Scarlett Dawn is drawn to all things quirky and off-beat. She believes there are no boundaries for an imaginative soul. Her love of the written word started from at an early age, when her grandmother would take her to bookstores every weekend. Dreams came alive within the books she found there, and now, she is thrilled to share her stories with others who have fallen under the spell of taking fantastical journeys. Scarlett resides in the Midwest with her husband, three children, and two dogs.

Facebook: https://www.facebook.com/AuthorScarlettDawn
Twitter: https://twitter.com/ScarlettDawnUSA
Goodreads: http://www.goodreads.com/ScarlettDawn
Honestly, I got the ARC from NetGalley and I still bought it yesterday, just in time for the release! 🙂 I am reading it again, sharing it with my friends, boyfriend, and the lovely internet!
Check it out guys! 🙂